The Applications of Meditation and Its Relationship to Consciousness: Introduction 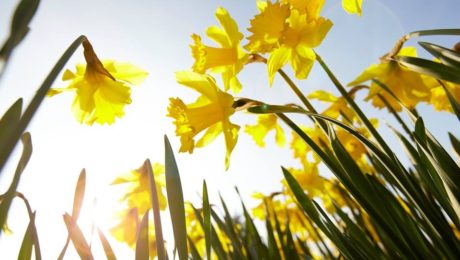 See the flowers in full bloom, every day, from the moment you plant the seeds; know that they are on their way. Know them now. View them immediately, as they will come to be. See the flowers now; be with the process – attentive, interested and content from the start. That’s Consciousness. The focus, the being on the path of the flower garden – that’s Meditation. One who is deeply interested to understand the true meaning, value, purpose and potential of life and the human condition, should know the art of meditation. It is a tool with which one may discover, explore, develop and ultimately learn to wield Consciousness.

Consciousness is the perpetual evolution of the human Self, and that faculty of which unfolds accordingly, in every direction, dimension, and in direct proportion to one’s meditation, subsequently creating the physical reality in which we exist. The ramifications of this statement, if considered for a moment in good detail, are both startling and boundless in their potential.

Meditation is one of the ways of sages and is known as a path to Silence. Willful silence, however, is not enough. In the East, meditation is known as a method of attaining yog, or yoga, a Sanskrit concept, indicating the  yoking of mind and unification of will with that vast consciousness extending the length and breadth of the universe. Saint Vasishtha taught his disciples that through meditation one comes to understand the nature of the Absolute. He instructed them in the path of knowledge and advised “concentration and meditation to achieve tranquility and expand one’s intelligence.”[i]

There can be no true silence without tranquility. In that silent space, where the entire universe comes alive in a new and vivid reality, we witness a sensory experience and means of communicating with Self that has hitherto remain obscured. All at once, we are literally bathed in the knowledge of totality. Without tranquility, the experience would soon be lost in the most complex web of sensory associations. It is in order to be able to intuit and fathom the web that saint Vasishtha encourages us on the way towards expanding our intelligence.

The so-called complex of psychiatric lore is so named due to the complex nature of one’s accumulated sensory experience. Thoughts, feelings, scraps of memory, phantoms, sensations – all roil around together to create a storm of emotion, expressed by a variety of mannerism depending on the proclivities of the personality. Meditation helps identify the various strings that create such a complex morass of being. One can hardly expect to be able to touch the background of silence, upon which all of these mind-dramas are being played out, until and unless that which is cluttering the background is objectified and brought into its proper order.

See each string of thought and experience as it winds its way through the vastness of the mindscape. Now is an eternity! Follow any conversation of words along each of its tangents, from one moment to the next. Soon you will be utterly overwhelmed by the sheer volume of information. You Will for the Great Halls of Silence and greet the Buddha as you fly past him into the void.

In his book, the Physics of Consciousness, Evan Harris Walker says, “The will is the channel that determines what our next move, choice and thought will be. It selects the path our mind takes through the images of things the brain scatters before us. The will is our innermost nature; our being that is there even when the things we might see go blank. It may even be there when all else is gone…but for that, we must await more understanding. It is perhaps this aspect of mind that comes to the fore when one is in deep meditation, a state of consciousness designed to remove thoughts and sensory contact with the world.”[ii]

Consciousness is the blank backdrop upon which all of the mind dramas play out. Meditation is the vehicle by which these dramas are brought to their conclusion. When the dramas have all but ceased, and the mind is no longer compelled to run blindly hither and yon, the Will finds the blank slate of consciousness seemingly for the first time and now is when life truly begins. Total Freedom has been gained from this insight into the mechanism of Self – freedom to do with this universe of possibilities what you Will, and freedom to be who you really are. Now meditation is a vehicle which you can drive to the furthest reaches of your imagination, observing life’s drama in real time, and realize yourself to be akin to co-creator with that aforementioned Greater Will which seemingly exists in its own right and of its own volition.

Meditation is the avenue of balance. Meditation is the application via which one consciously syncs one’s mind and will with the greater. Consciousness is the stage on which the Will performs; and it is the creator of scenes in which the mind will play. Meditation then becomes the means by which one learns one’s lines as a conscious actor on the stage of Will set against the backdrop of the community of Nature. Through meditation, we learn who we are and what we are capable of in this life. Through meditation, we reveal the gift of consciousness.

Uma Maheshwar Yoga & Ayurveda - UmaMaYA - is the legacy of a decades-long yogic journey and apprenticeship at the Uma Maheshwara Ashram and Hospital of the ascetic sage Swamy Vinayagananda Babaji. David Fox, the founder of UmaMaYA and caretaker of the ashram, devotes his time to exploration of the human condition, to develop science-based tools to help humans reach their fullest potential, offering programs and products that deliver health, abundance and joy.
TOP
MENU