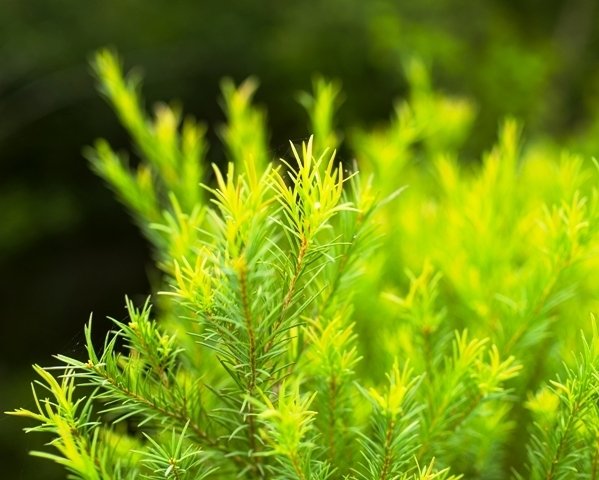 Tea tree oil (TTO), also called melaleuca oil, is made from the leaves of the tea tree plant (Melaleuca alternifolia), a member of the myrtle tree family, which is native to Australia. The name was coined by British explorer Lieutenant James Cook in the 1770s, when he saw native Australians brewing tea using the leaves from the tree. Later on, he brewed his own batch of tea, and gave it to his crew to prevent scurvy.

The tea tree plant is highly prized by primitive Australian communities for its unique healing ability. According to the University of Sydney,2 numerous aboriginal communities along the east coast of Australia have a long historical use of tea tree as an antiseptic for skin conditions. They simply crushed the tea tree leaves and applied it to cuts, burns, and infections.

It was only in the 1920s, after Arthur Penfold,3 an Australian state government chemist, published a series of papers on tea tree oil’s antiseptic properties that this oil’s benefits became widely known. Through modern distillation methods, manufacturers are now able to produce tea tree oil with a clear to very pale golden or yellow color, and a fresh, camphor-like scent.

In aromatherapy, tea tree oil is said to be helpful in alleviating chest and head congestion, stuffy nose,13 and other symptoms of colds and flu, especially when used in steam inhalation. Steam inhalation clears the congested nasal passages and kills bacteria. Adding an antiviral essential oil like TTO makes it that much more effective. Just add a few drops to a steaming bowl of hot (purified) water, cover your head with a towel, and breathe in the vapors for five to 10 minutes. Adding a few drops of tea tree oil to your bathwater may also help stop a cold from developing.

A = Strong evidence to support its use.

B = Good scientific evidence for its use.

F = Strong evidence against its efficacy

ACNE = B   Tea tree oil may reduce the number of inflamed and non-inflamed lesions.

There is some evidence to support that tea tree oil, when applied as a gel, or in combination with iodine and other agents, in varying doses, to both animals and humans, may be effective in treating the following disorders, however evidence is not conclusive and so the following all rate a C on the Mayo’s grading scale.

For more information on the Tea Tree, please consult the Herb Finder Database.

Allergic reactions have been reported with tea tree oil when taken by mouth or used on the skin. Skin reactions ranged from mild contact dermatitis (skin inflammation) to severe blistering rashes.

Avoid in people with a known allergy or sensitivity to tea tree oil (Melaleuca alternifolia), to any of its parts, Balsam of Peru, benzoin, colophony (rosin) tinctures, eucalyptol, or to plants that are members of the myrtle (Myrtaceae) family.

As with all essential oils, never use them undiluted, in eyes or mucus membranes. Do not take internally unless working with a qualified and expert practitioner. Keep away from children. If applying an essential oil to your skin always perform a small patch test to an insensitive part of the body (after you have properly diluted the oil in an appropriate carrier.

May cause skin irritation. Not for internal use.

As with all essential oils, never use them undiluted, in eyes or mucus membranes. Do not take internally unless working with a qualified and expert practitioner. Keep away from children. If applying an essential oil to your skin always perform a small patch test to an insensitive part of the body (after you have properly diluted the oil in an appropriate carrier.

Much of the information provided above was gleaned from the following sources.